Summer is upon us, and yea, we have weekends to enjoy! 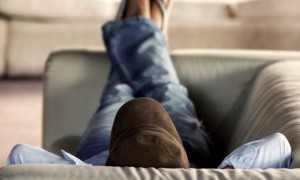 But sometimes it is hard to figure out what to do when you don’t need to do anything…So let’s get organized:

1) Movies to make you laugh until you pee

“Dumb & Dumber”  I cannot tell you how many times I have seen this movie.  A bazillion?  Maybe more?  Always a winner.  It will always make me smile.

“Kung Pow”  I have never watched a movie and been breathless because I was laughing until I peed myself…I can’t even explain it, it is just such an insane move.  Now, you shall call me….Betty. 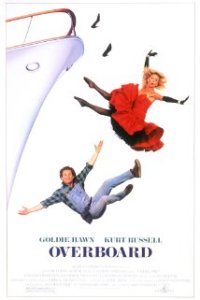 “Overboard”     Always a winner!  I just love her reaction to cooking a chicken, and trying to push the feet down with the lid…

“Up” Gets the top spot.  If you haven’t watched the first 5 minutes and cried your eyes out, you are dead inside.  Dead.   Geez, I’m tearing up just looking at this picture….gahhh…

“Big Fish”  This was a surprising movie from Tim Burton.  Surprisingly uplifting and a feel-good movie in the end.  But you just think about what the son has felt all this time, and what he believes in the end…the feels.

“My Life”  Calling the 90s!  Come in 90s!  I swear, I have only watched this movie once because it was so insanely depressing.  But it was one that stuck with me.

“Steel Magnolias” This one is for the ladies…I am not a girly woman, but this movie just wrecks me.   The story of all these women together, and Shelby’s one desire: to be a mom.  And then she……ugh. 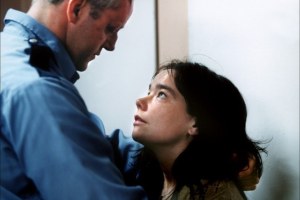 “Dancer in the Dark”  Okay, I fought Ben on this one for a long time because he wanted to see it and I refused.  But we saw it, and I have never regretted something more.  If you want to cry your everloving eyes out, go ahead!  Watch this movie!  See if I care!!  Really, you have to see it. 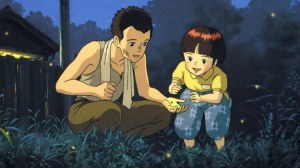 “Grave of the Fireflies”  If you haven’t seen this, you should.  Enough said.  It is one of those films that will impact you forever.  And ever.  And haunt you.  And your grandchildren.

3) Nostalgia: Some Old Classics (I got some good ones here!)

I spent most of my pregnancies watching TCM movies, so this is just the surface of the kinds of movies I love!

“Indiscreet”  Holy crap is this movie amazing.  I will watch this every time it is on.  Every time.

“Monkey Business”  You know what’s funny…Marilyn only had this little tiny part, and it was Ginger Rogers who was the leading lady in the film.  But Marilyn gets the cover…?  Anyway, The film is absolutely hilarious.  Women who are married to engineers/geeks/nerds/scientists need to watch this.  For reals.

“Notorious”  Oh, this film is a powerhouse of awesome.   Power.  House.  That’s all I have to say.  Powerhouse.

II) One More From Ingrid Bergman

“Gaslight” This film is straight up Classic from Classicville.   Ingrid Bergman is absolutely amazing portraying this woman, and Claude Rains is the man.  In a bad way.  But he just nails his part.  It is an incredible film.

“I Am The Law” This is a fun movie of a law professor who is forced to take a break, and gets himself all wrapped up in the law.  It’s a good movie.

“Dr. Ehrlich’s Magic Bullet”  I watched this whole film going, “I know this guy, where have I seen him before…” until I realized it was Edward G. Robinson.  He did a magnificent job playing this part, and I loved the film.

“The Cincinnati Kid” A little Steve McQueen action, a little Edward G. Robinson, and you got yourself one mighty fine film there.  Great story, very well developed.

“The Thin Man”  William Powell can do no wrong, especially with Myrna Loy.  We know this movie backward and forward.

“My Man Godfrey”  You might like this one.  William Powell plays a man who had it all, and chose to live in the dump with other men because the success was so vain and empty.  Along comes Carole Lombard who snatches him up and makes him the butler of her affluent and ridiculous family.  It’s a very fun movie, you’ll like it.

“How To Marry A Millionaire”  Come for the starlets, but stay for William Powell!   Another movie we know all the way through.  Lauren Bacall is definitely my favorite actress, so this is a win-win all around.

“The Quiet Man”  One part strong woman, one part strong man…insert a broken wedding bed and you got yourself one romantic love story!

4) Documentaries that absolutely freak you out

“Food Inc.”  Thanks for ruining  EATING.

“The Cove”  Thanks for ruining  JAPAN.

“Collapse”  I watched this because I thought it was the sequel to “Guns, Germs & Steel” by Jared Diamond.  How. Wrong. Was. I.   This guy comes out of nowhere and drops some very heavy knowledge on you.  It is crazy…because it’s not crazy.

“Sherlock” Found on PBS, I think.

“Star Trek: Into the Darkness”

“Tinker Tailor Soldier Spy”  So, I bought this at Costco because I needed a new book to read.  So, I tried to read the book…and it isn’t a normal book.  It’s a real book.  But I couldn’t put all the pieces together, so we watched the movie.  And THAT was even harder.  So then we went to Wikipedia to sort things out, went back and watched the move….and got it.  And then I went back and finished the book.

Best. Move. Ever.  Seriously, it was absolutely superb.  Top Notch.  So beautiful.  The ending scene alone made the whole movie wonderful.  I cannot recommend this one enough.